Do Better 4 Steve was established to honor our son Steve Cammarota’s legacy. Steve was known for dedicating his life to others in his community, from those in Wissahickon School District and Ambler, PA, to American University and his short stint as a resident in Washington DC. He impacted all those who met him and were touched by his kindness.

Despite being diagnosed with an autoimmune disease as a young child, Steve made it his mission to serve others and make a difference and to “do better”. The disease ultimately took his life, but his memory lives on. Do Better 4 Steve aims to inspire others to Do Better, as Steve wanted.

Our mission is to help disabled and disadvantaged youth in our community achieve their fullest potential in a world stacked against them.

The world was a better place with Steve in it, so for Steve, we will Do Better.

In August of 2019, our son Steve passed away. He was only 23 years old. Steve suffered from an autoimmune disease called Common Variable Immune Disorder (CVID) since he was 9 years old. This disease ultimately claimed his life, but not his spirit. After a cancer scare in high school due to his overlying condition, Steve penned an essay entitled “You Are Going to Die, So Be Happy.”

"Allowing the possibility of death into my life allowed me to move past my fear,” he wrote. “I started focusing more on the time I thought I had left, making the moments count and not focusing on the petty trivial pursuits that had governed a large part of my life. Gone were my worries about the quiz I failed and if my hair looked okay that day (It did). I devoted more time to family and the things I liked to do. This was not denial, this was freedom. I realized that I might die, and this made me appreciate what time I had, and how much my friends and family cared. I was feeling better than I had in a long time.”

This realization caused Steve to live his life challenging injustices while devoting his life to being a selfless person helping others. After he passed, we were flooded with stories from people he impacted, relaying how he selflessly helped them. In our grief, we were blessed with a message. Our purpose needed to be what Steve’s purpose in life was. Doing better by others. That is why we formed Do Better 4 Steve. Selfishly, this is our attempt to keep Steve’s spirit alive, in being as unselfish as possible and helping others.

Steve is no longer here to do better for others, so we Do Better 4 Steve! 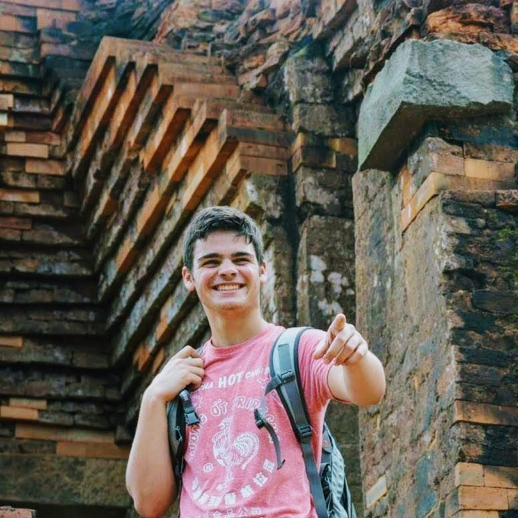 Working with teachers, social workers and community leaders, Do Better 4 Steve solicits and receives requests for aid to help pay for things such as but not limited to: 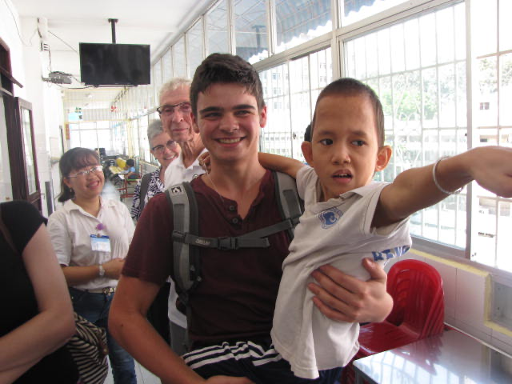 All assistance is anonymously provided to preserve the dignity of the children and families we help. Besides helping those in need, we hope to inspire children to grow up to be empathetic members of society who will do better themselves.

How can YOU help?

We are just getting started, but here are some ways that you can help.

Just find a way to do better every chance you have. 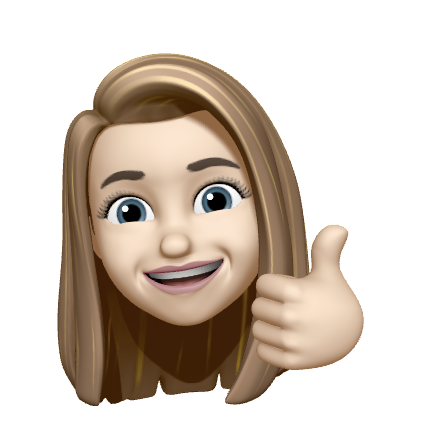 Liz grew up in Doylestown, PA and was educated at Gettysburg College and Widener University School of Law. Liz practiced law for a few years until her true calling came along, being a super mom to our son Sam. Sam was born with severe developmental delays requiring help surviving at first and then blossoming into the amazing person he is today. Liz has been a very active advocate for Sam as well as children suffering similar challenges in life. 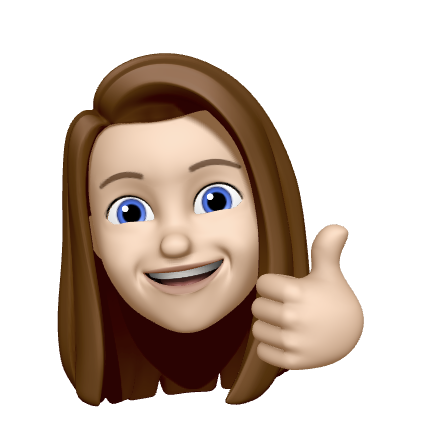 Sarah is Steve’s sister. Born and raised in Blue Bell, PA and a proud alumnus of Wissahickon High School and Georgetown University where she majored in International Political Economy. Sarah is proof that intelligence skips a generation. She currently lives and works in Arlington Virginia. 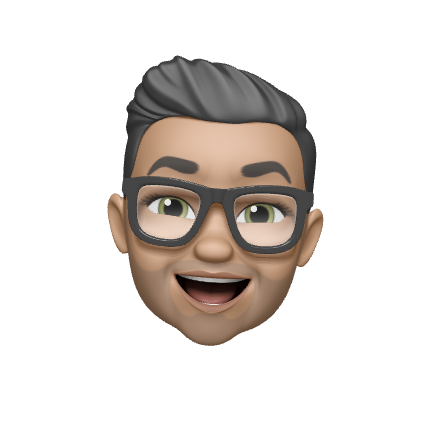 Steve is a Philly native, South Philly to be exact. He received his bachelors and law degree from Widener University where he met Liz, his most successful achievement in higher education. Steve is a partner in Green Leaf Consulting Group, Inc, an information technology consulting firm in Blue Bell, PA, but his claim to fame in life is being the dad to Sammy, Sarah and Stephen, aka Stevo.

DB4S identified and sponsored a group of students from our local middle school to attend equine therapy sessions. This amazing program helped these students by promoting mental health and well being.

We helped a mom on hard times due to COVID send her 3 kids to summer camp for a few weeks. Her response - Oh my goodness that is so amazing! Thank you so much! I can't wait to tell the kids, they're going to be so excited!! I'm honestly in awe of this organization. I can't even imagine how many lives you have changed. You guys have really touched my heart.

Some wonderful women just started a homework club in our community to help struggling elementary school students maximize their potential The club needed a lot of supplies to get started. We secured and delivered almost everything on their list.

A young man who has Down Syndrome, autism, and adhd needed some financial help to continue his journey toward a black belt. Mom says karate helps him with self esteem, socialization and fitness. This is why we do what we do.

Do Better 4 Steve has committed to paying for 5 deserving students from our local high school to receive SAT/ACT prep, tutoring, and college essay consulting services from our partner @IvyExperience_ so they all can #DoBetter

A young high school junior couldn't afford to go the the Junior Prom so we picked up his ticket. And then we paid for him to rent a tux. We draw the line at dance lessons. LOL

Do Better 4 Steve funded a 9 week camp experience at the Ambler YMCA for a 6 year old boy from Ambler.
His single Mom was grateful that her son had the opportunity to swim, play sports, learn science, and most of all much-needed socialization after the closing of schools in March.

There is not an investment wiser than spending quality time with family. A local family of 5 with children 10, 12, and 15 years wanted to spend that time engaging in activities that build a healthy Lifestyle. When they checked out the YMCA they loved the community feel and welcoming atmosphere but it was not within their means. Do Better 4 Steve ensured that this family can spend the next year taking classes, swimming, and working out in the Wellness Center together

Do Better 4 Steve paid for a 6 month Y family membership for a local single mom and her two children, 6yo and 8yo. They will also get 7 weeks of dance, tumbling and science classes, giving them the opportunity to develop new skills, improve health and well-being, and connect to the community.

A single Mom and her 6-year-old son attending a Wissahickon elementary school needed help paying for before and after school care as she had fallen behind on her payments. Do Better 4 Steve paid the way, giving Mom confidence that her child is safe after school while she’s at work.

Supporting those in need

A young autistic man with cancer is transitioning out of high school. He can’t afford much and is blessed to have a wonderful aid who is going to live with him. Thanks to his aid’s request, Do Better 4 Steve got him a brand new laptop to continue his learning.

Supporting those in need

A single mom’s 17yo high school junior, just diagnosed with Autism and ADHD needs a full psych eval so he can plan for college accordingly, but mom can't afford the cost. He is her second child with a disability and she is currently out of work. Do Better 4 Steve paid for the eval. #dobetter 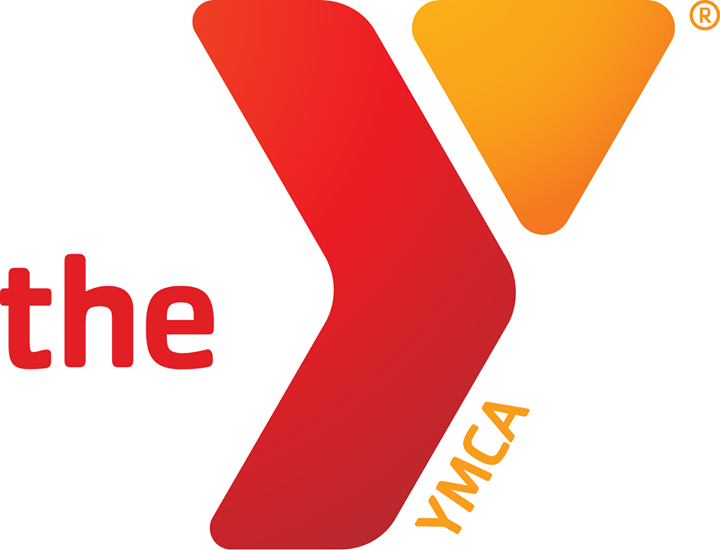 The Ambler Area YMCA, serving Ambler, Fort Washington, Blue Bell, Horsham, North Wales and the surrounding communities. We offer a wide range of programs for children and teens including swim lessons, sports, fitness, karate and day camps. Not only is the Ambler Area Y the place for you to stay active and healthy, but is a safe, fun welcoming environment to make new friends and volunteer to help others. There are many programs and services offered at the Y each day to help all our community members learn, grow and thrive in their own unique way.

Preparing students for their college and futures through standardized test prep, academic tutoring, and application and essay coaching. With college admissions more competitive than ever, students need to excel in each of these realms to optimize their applications. Ivy Experience is here to help.

The Mattie N. Dixon Community Cupboard is a 501 (c) 3 non-profit organization that offers local neighbors food, clothing and much more. They have been helping our local community for over 40 years!

Ambler Savings Bank has been serving the financial needs of residents and business owners throughout Montgomery County since 1874.
Our mission is threefold:

A "Christ Centered, Multi-Cultural Church" leading a diverse group of people to experience and cultivate a relationship with Jesus Christ.

Conservatory of Music and Dance and Pennsylvania Performing Arts Company,501(c)(3)

The Conservatory of Music and Dance is a school of Music, Dance and Theatre. Teachers are passionate and committed to their students. Founded in 1989, the Conservatory has been nurturing students in the arts and through many collaborations have exposed students to opportunities in performance. We spark creativity, independence and community, which breeds confidence, leadership and success in whatever they become.